I want to make

Making a tutu
is tough!

Learning to dance in a tutu is hard. It takes years of dedication and practice. And learning to make the tutu is also hard.

Firstly, it’s hard because the tutu needs to look beautiful. Beautiful enough to take an audience’s breath away when they see it under the spotlights.

Secondly, the tutu needs to fit the individual dancer - and only that dancer - like a glove. A poorly-fitted tutu will distract and hinder the dancer, and prevent her from giving her best performance.

Finally, your tutu needs to take a lot of punishment. It needs to move in harmony with the dancer, night after night, without tearing, stretching or losing its shape.

Perhaps you have already tried to make a tutu like this, and discovered for yourself how hard it is.

Maybe you’ve been searching the internet far and wide but found inconsistent or inaccurate information.

Maybe you bought a pattern but couldn’t  figure out how to make your tutu look like the one in the picture.

Or maybe you are a professional tutu maker, with a good foundation of skills and experience, but you know there is more to the art of tutu making, and you want to iron out some of the problems you have encountered.

If you’re feeling defeated, then rest assured I know how you feel....

How I learned to make tutus fit for
prima ballerinas

My first experiences with tutus were a source of endless frustration. When I started working at the Royal Ballet in their Covent Garden home, the Royal Opera House, I was often tasked with fixing common problems that were happening with existing old tutus…  collapsing net, bent hoops… I’ve seen all sorts!

I had to make these tutus not only look as good as new, but also stand up to the punishing workouts the dancers gave them each night.

Over time I learnt the techniques and variables that make a tutu ‘work’. By the time I had finished with each tutu, it was ready for showtime!

I can’t think of a tougher apprenticeship than having to satisfy the demands of some of the world’s best dancers and costume designers. It gave me the skills and confidence to create my own business making bespoke tutus for professional dancers and ballet students.

My clients and students call me The Tutu Fairy Godmother, because I make their tutu dreams come true!

Tutus Revealed
your in-depth guide to making the perfect tutu

When I designed my course, I wanted to give you the experience of being in the room with me, watching my hands as they assemble the tutu, listening to my instructions as I show you every little detail of how to make a professional-standard tutu.

So I made a tutu from scratch - and filmed everything I did, from start to finish.

I then edited the footage into a course that shows you the process of tutu making step by step, from the initial choice of materials to the final hooping and tacking.

Detailed close-ups and captions help you grasp exactly what I did, in visually appealing and easy-to-watch videos.

You will see how to cut patterns and sew the panties, the net, and the basque. I will also show you a few different ways to gather and pleat the layers. And when it comes to the final assembly, I will show you how to hoop and tack to professional standards.

These are the exact same techniques I currently use to make tutu plates for dancers in professional companies such as the Royal Ballet and Birmingham Royal Ballet.

Are you ready to start applying these techniques to your own tutus?

I want to make

Some of the nice things my clients,
students and colleagues have said about me… 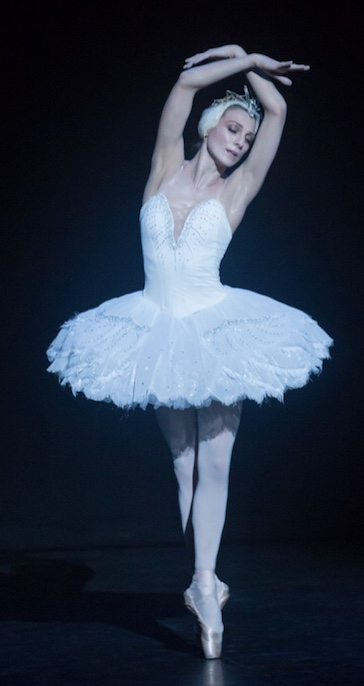 Anna Maria was my costume maker for years when we both worked at The Royal Opera House.
When you are on stage in front of over 2000 people, the last thing you want to worry about is your costume. I just want the perfect fit that makes you feel and look the part. A costume that moves with you like second skin and I found Anna Maria understood that. She created the most exquisite costumes full of detail and beauty but always allowing the movement it needed for the performance.
My most precious costumes were the Swan Lake tutus.
Her love for costume making comes across like a tsunami wave when you meet her, and it’s her knowledge, attention to detail and precision that makes her one of the top costume makers I know. 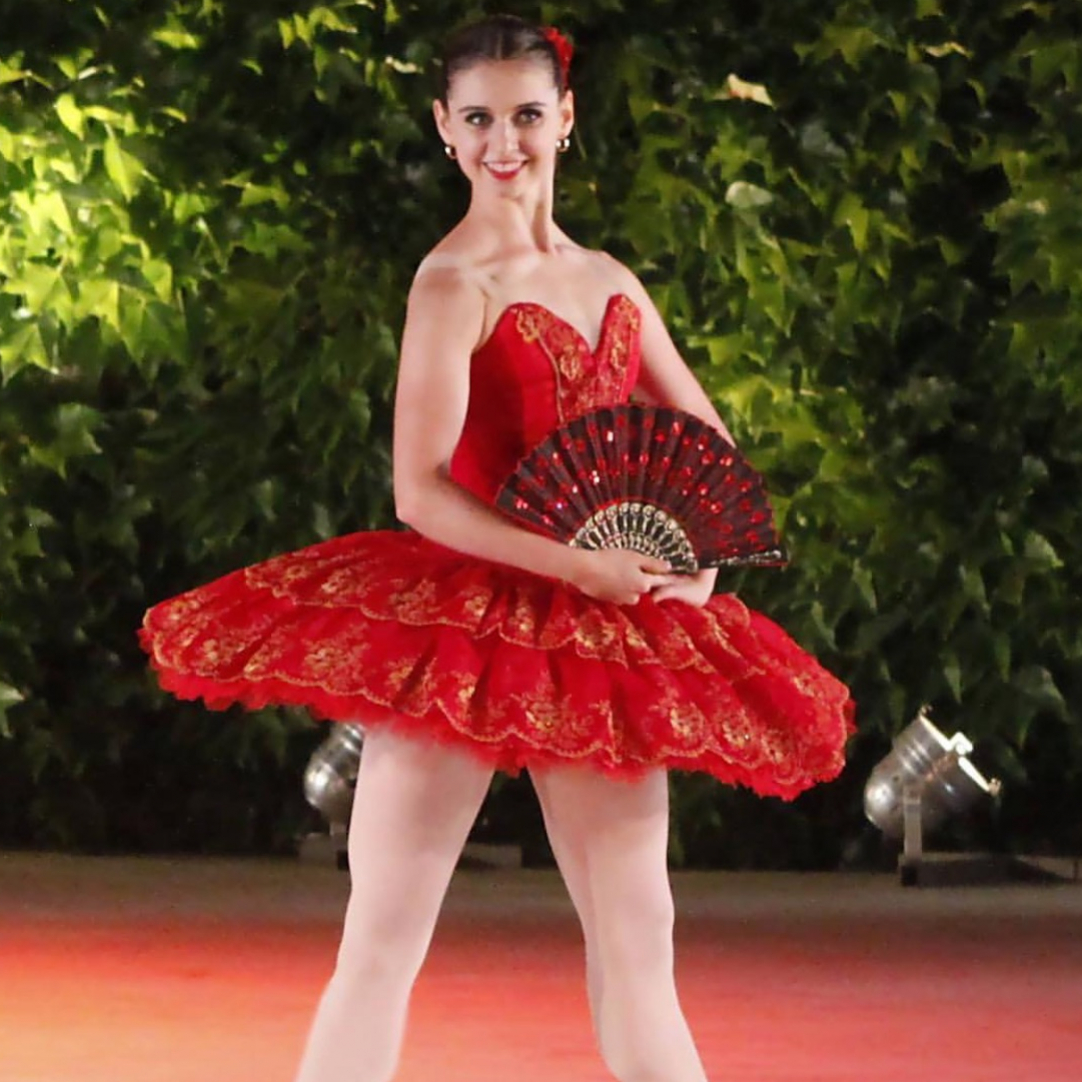 "Anna Maria has been designing and making my daughter Julia's tutus for International Ballet Competitions and galas for many years starting when my daughter was a student in vocal ballet school and now in her professional years.  Anna Maria's tutus are creative and tastefully done with excellent craftsmanship. She produces a tutu that is not just beautiful but also easy to dance in."

Julia is a dancer with English National Ballet 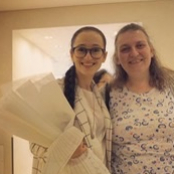 Anna Maria is a dream teacher. She has also made my dream come true.

I learnt about her practice through social media and for a while I admired her sense of aesthetic which I, as an artist myself, recognized to be very unique. There, I saw true classical beauty—different from the mass produced quality that we see everywhere in our contemporary world.

That is why I was so excited to find out that the was sharing her skills in a short course at the Morley College, on Saturdays for three weeks. Nevertheless, I was not able to attend the first class. But with Anna Maria there is no such thing as impossible! She immediately gave me access to her online course so that I can catch up. At the time it was still in its test version.

Via the digital world, I entered the world of magic. I went from zero to Tutu Hero! Despite being a total beginner in sewing, I managed to create a costume of the best quality out there. I did it by following the steps, which have been formulated, thanks to her 20 years of professional experience; and an ability to understand how to transfer the skills onto even the most inexperienced enthusiast like me.

Not only she shared her skills, but also guided me how to navigate in the world of uncertainty and self doubt— characteristic for creative industries. Anna Maria’s course is life changing and I recommend it tutu everyone.
Sara 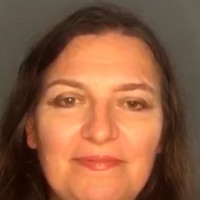 Anna Maria has been working with professional dancers for the best parts of 20 years, initially working with the Royal Ballet in London and later starting her own business Tutu Maker Studio.

She teaches tutu making at Morley College in London, and created an online course, Tutus Revealed, to share the wonderful skill of tutu making online.

She appeared on the BBC broadcast of ‘Dancing  the Nutcracker’ in 2016, a documentary about the Royal Ballet production

I’m confident you’ll enjoy my course and will learn valuable skills that you can use for the rest of your tutu-making career.

To make sure you get the most out of the course, I will give you my help and support throughout  the Community feature, that you can access after purchasing the course  and  ask me questions, or see the questions that have been answered by previous students.

However, if you decide within 14 days that the course is not for you, for any reason, simply let me know and I’ll refund your payment in full.